This house is angle orientated. Both facades are in solid traditional style; one is attracting with its arched balcony and the bay window from the other side.

It's a two-floor house, which is located in one of the crossroads in the sleeping neighborhoods of Yerevan. The main entrance to the house area is from the street side. The access to the parking is from the other street side

An Armenian stone named tuff gives a house a pink color and strength, while a gray basalt underlines stiffness and sharpness. The house has elements of traditional design. The simplicity of the forms as the main coziness and functionality gives the house a certain majesty. The spacious balcony on the second floor invites passers-by to a cup of coffee. The bay window itself as an architectural element meets the dawn in the primary season, answering the same for preserving the traditions of the style. 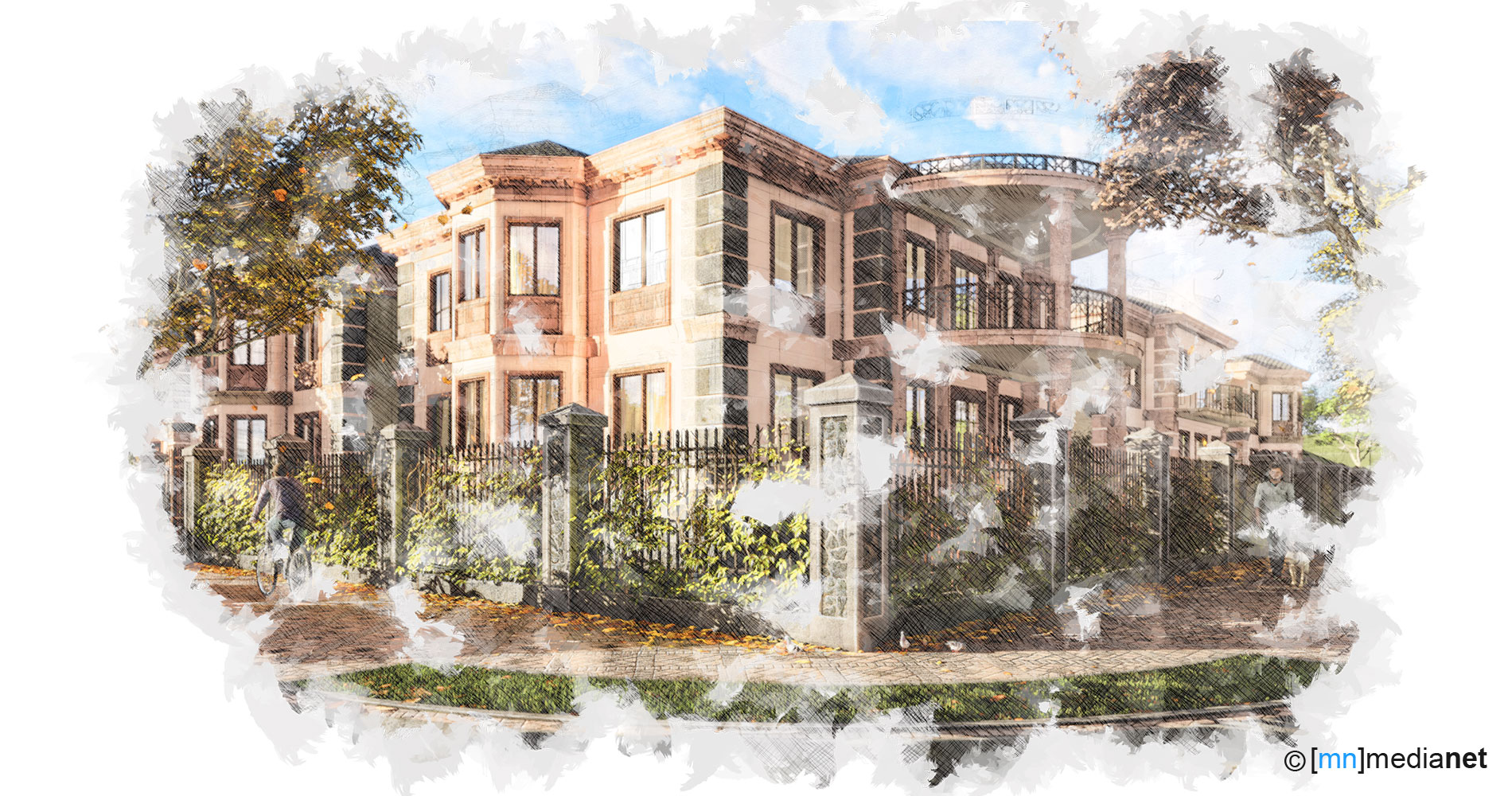 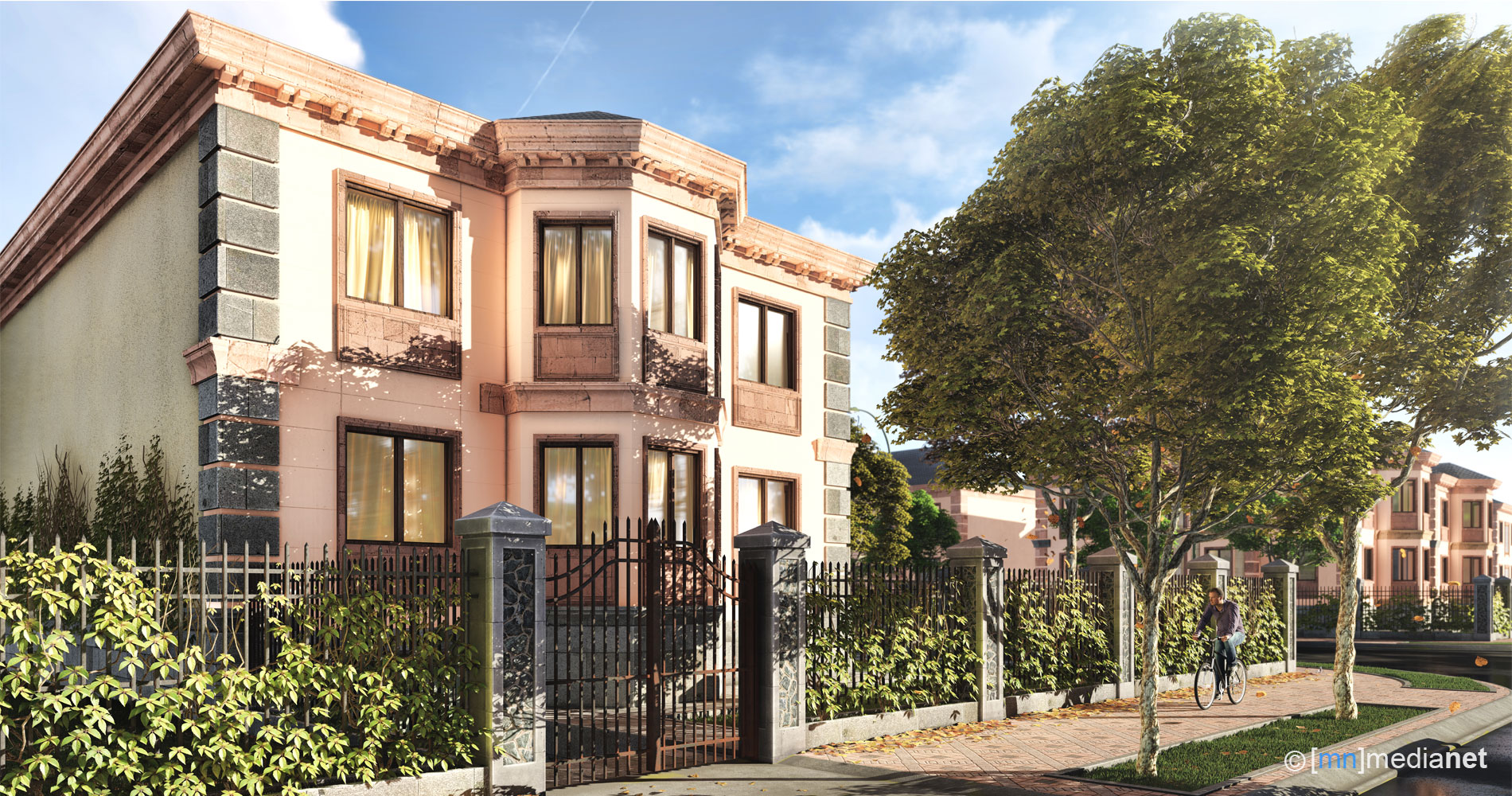 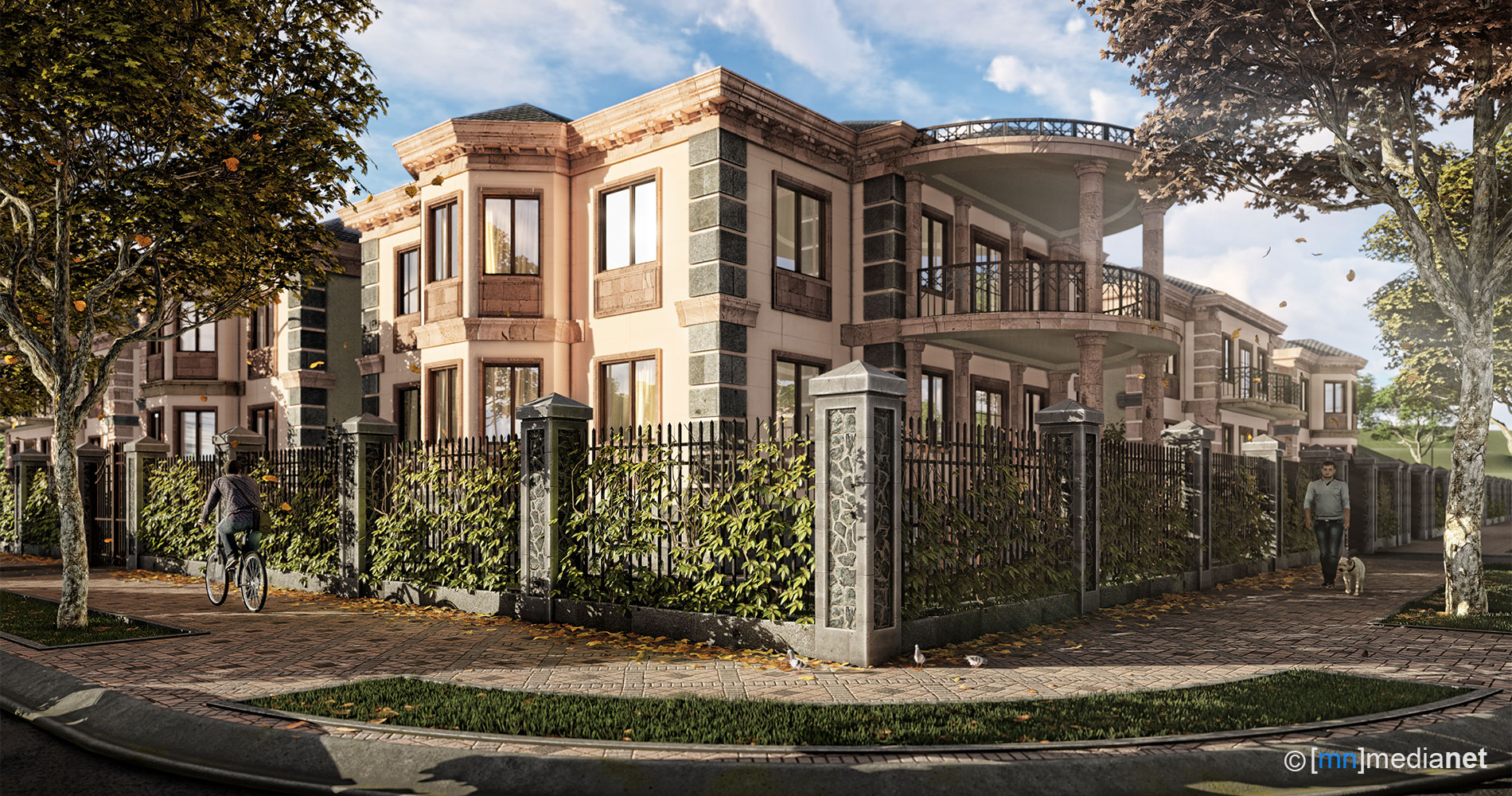 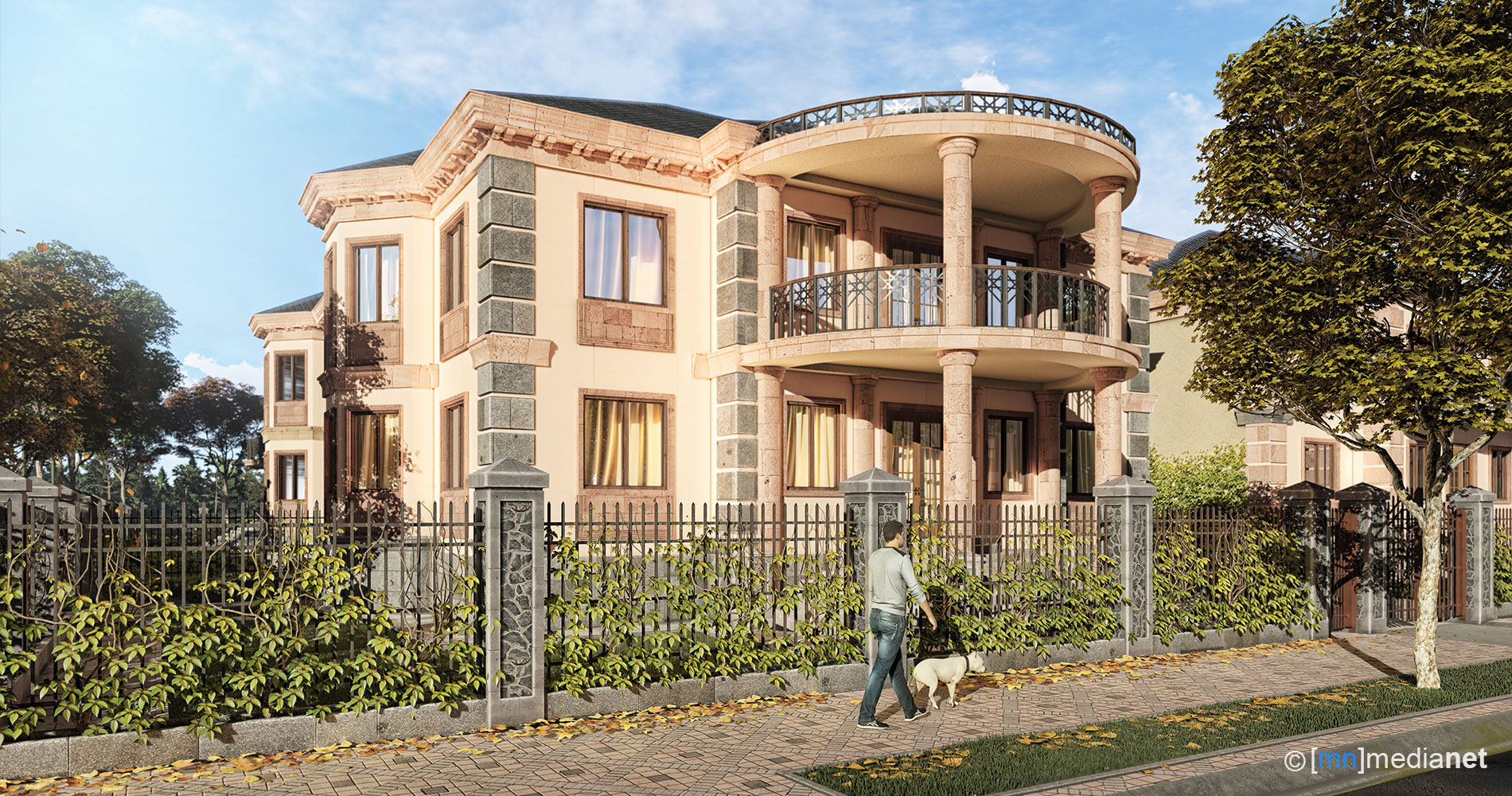 The best form is there already and no one should be afraid of using it, even if the basic idea for it comes from someone else. Enough of our geniuses and their originality. 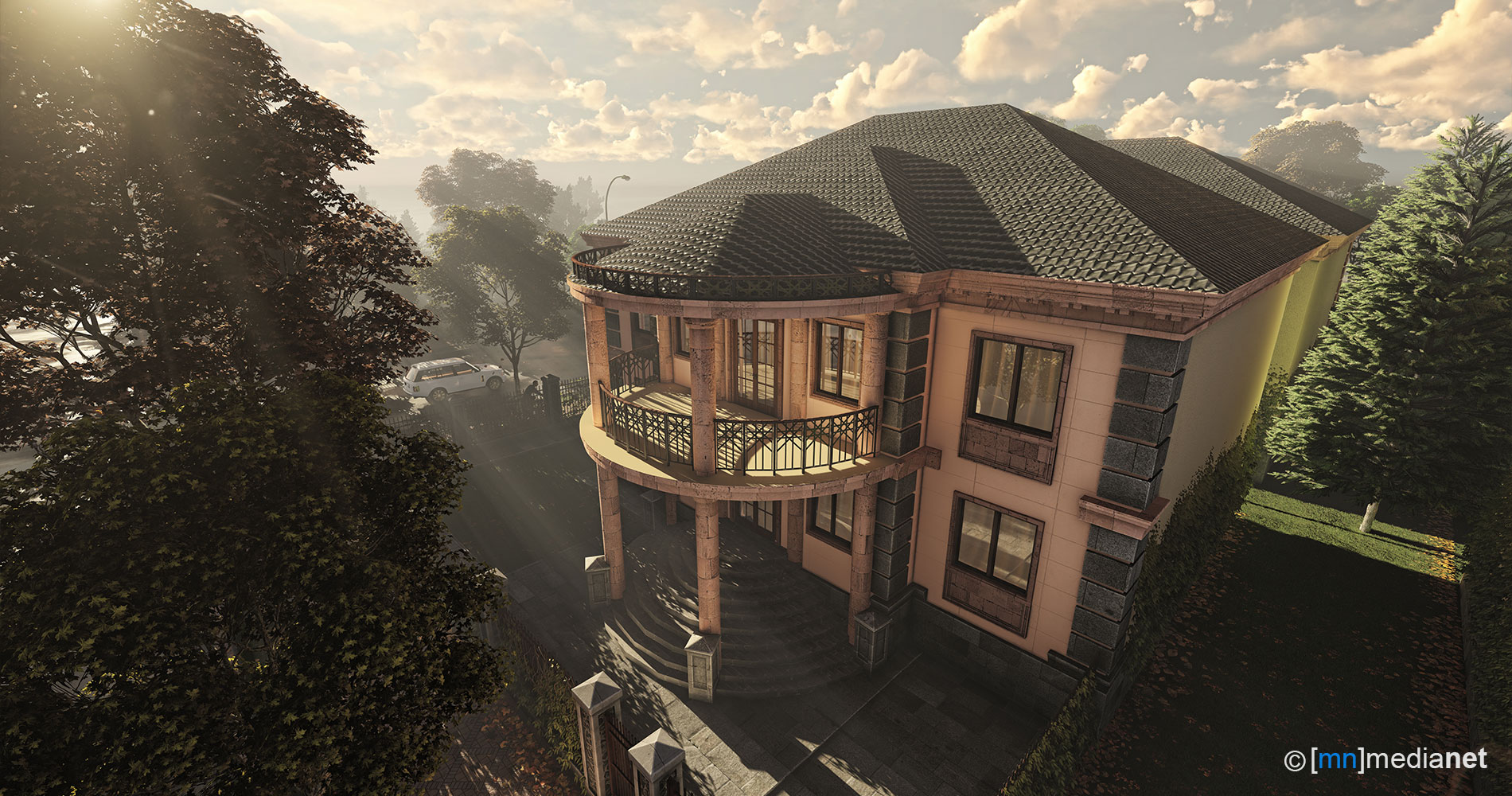 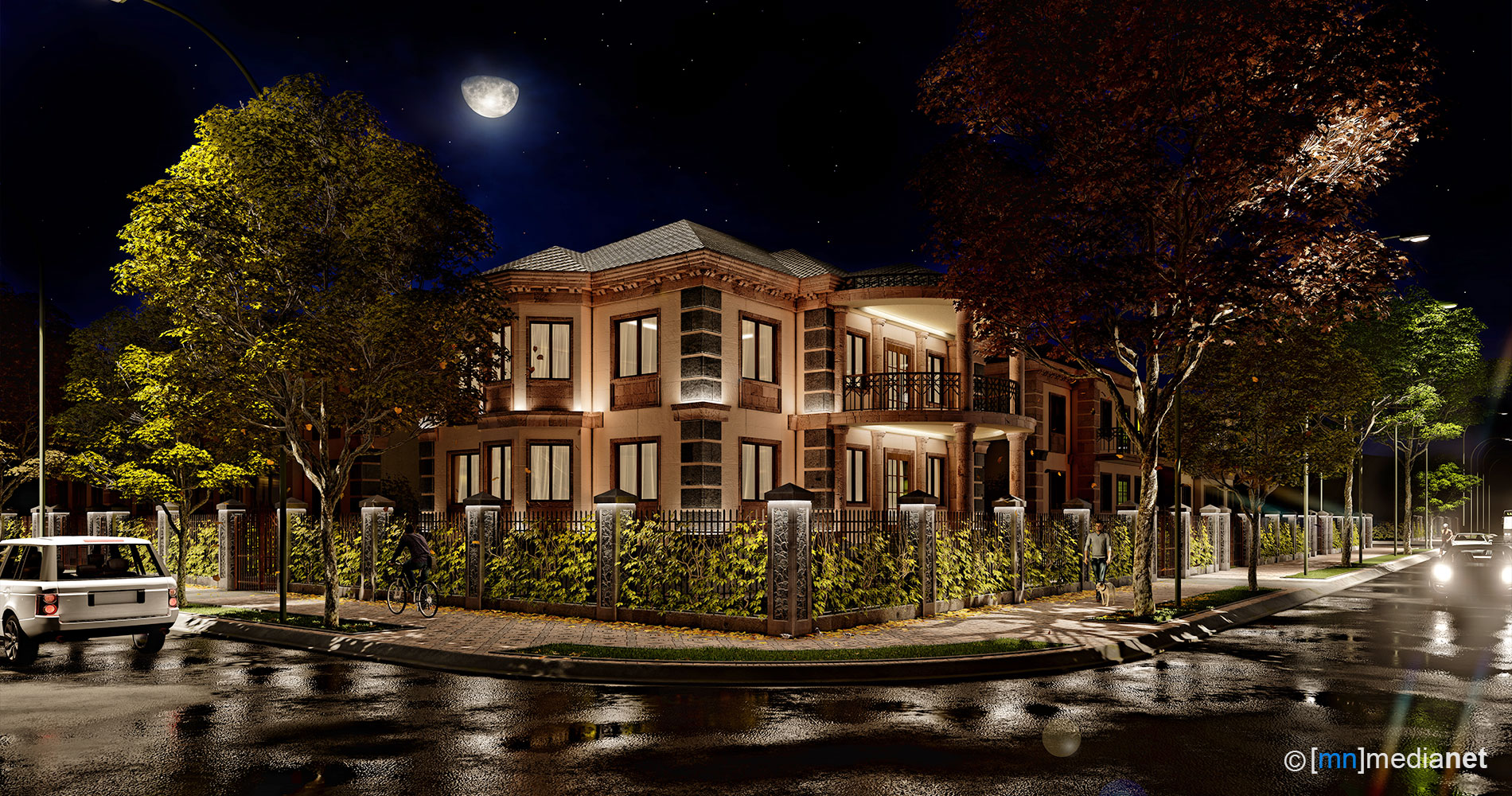